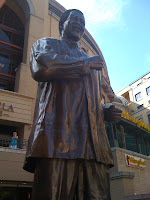 "There are few misfortunes in the world that you cannot turn into a personal triumph if you have the iron will and the necessary skill."
Posted by Mike at 8:00 PM 1 comment: 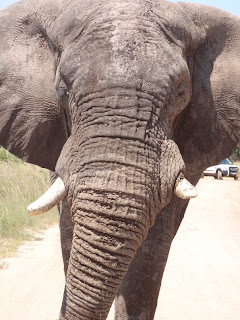 After a seven hour drive back to Johannesburg yesterday (having also completed a very full eight hour day on site), today was a good day for some R&R. I went up to Pilanesberg to take a game drive!

Like the Ngorongoro crater, Pilanesberg was formed when a giant volcano expanded without exploding, building pressure and finally collapsing in on itself, creating perfect conditions for a large concentration of wildlife.

I had an excellent day spotting three white rhinos (but not getting a good enough shot off with the camera before they lumbered off), several elephants, a giraffe, impala, warthogs, zebras, wildebeests, a big male lion in the grass, monkeys, hippos and even a family of banded mongoose (related to the meerkat).

Here's a few of the better photos: 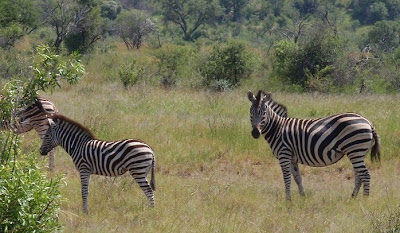 Mother Zebra with her little fella. 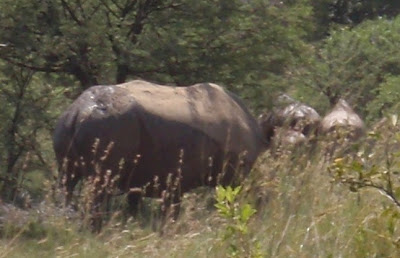 A family of three white rhinos! 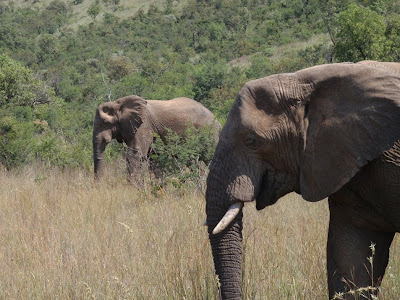 A family of elephants going for a drink. There was five of them! 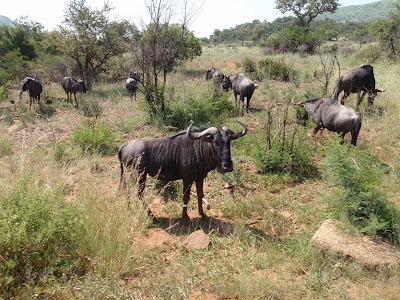 A herd of blue-gnus / wildebeests. 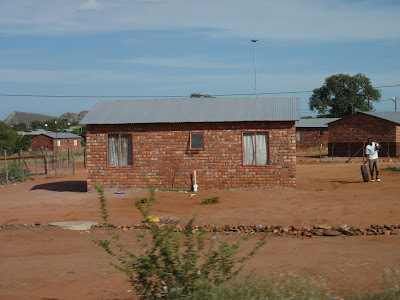 Musina, near the Botswana and Zimbabwe border, is where I was working this week. It's a fantastic little village on the edge of civilization and home to the diamond miners. Hundreds of people from Zimbabwe flood into Musina every day to purchase fuel and food which have become somewhat of a luxury in their country. Hundreds of donkeys and mules flood into Musina from Botswana because they have nothing else to do for fun. 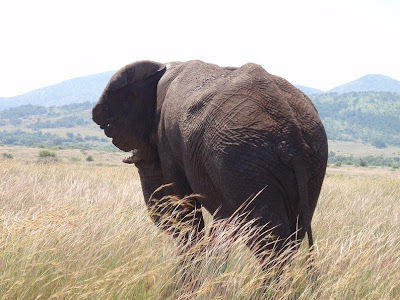 I am in South Africa today on the 20th anniversary of Nelson Mandela's release from prison. That's not why I came, I just think it's a cool fact!

I came to Johannesburg for work and am currently doing the long trek north to a remote but well known diamond mine near the border of Zimbabwe, just outside the little town of Musina. Seven hours in the back of a 4WD might not be your idea of fun but at least I'm getting to see the rich diversity of the country.

Johannesburg is one the largest cities in the world that wad not built on either a river or a major port. It was founded during the gold rush of the late 1800's when a local land owner was climbing a ridge to survey his property and kicked a big 'ole shiny rock that turned out to be gold. The area exploded with prospectors. Once diamonds were found near Kimberley, the British decided it was time to colonize, by force.

Sadly, this lead to the invention of the world's first concentration camps during the Boer war. The Brits decided they needed a way to conquer the sparsely populated countryside and cut the supply of food to local militia resisting the colonization. As a result, they rounded up women and children from the farms and stuck them in camps to "concentrate" the population. Outbreaks of disease were largely ignored and millions died.

The history here runs deep and every group has their own story but years of economic isolation during apartheid has lead to significant technological advancement in this country. For example, SA guards the secret of turning coal into petroleum. Afterall, a country must have oil even if they can't pump for it and no one will sell it to them. The process is a heavily guarded secret.

They've also completely cornered the market on diamonds and platinum with a new patent being filed every single day in those industries for the extraction of the precious commodities.

All in all, I think this is a really interesting part of Africa!

Update: we have arrived at the lodge which is absolutely awesome. The food is great and we each have our own hut. On turning in for the night, I had to kill several large bugs who were mounting a counter attack on the giant spider who lives above my bed... At least the spider looks relatively friendly and keeps to his side of the room ( top corners of thatched roof ). I named him fluffy... he's hairy and the size of a small dog. Sure hope he doesn't get hungry.