If you've seen the Lord of the Rings movies, or just read the books, or perhaps read "the Hobbit" by JRR Tolkien, then you'll know all about Hobbiton, "the Shire" and Bag-End, the home of Bilbo and Frodo Baggins! 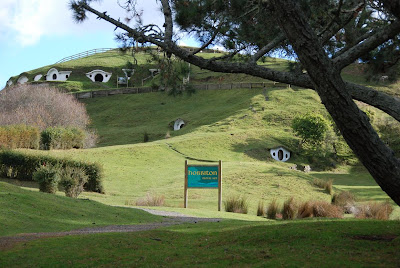 We visited the remains of this peaceful little movie set on our way to Rotorua, New Zealand.

The set was built on a picturesque little sheep farm near Matamata and kept a well guarded secret until the movies came out in 2001. 17 of the original 37 hobbit-holes still remain but their original movie "trimmings" had to all be removed for copyright reasons.

The "party tree" where Bilbo disappears from is still there; all the more impressive in real life to see that a tree like that actually exists! The hobbits have all been replaced by lambs and sheep now but that's not all that surprising.

The human population of New Zealand is approximately 4 million and there are nine sheep to every one human (down from twenty to one in the 1980's). I'm not kidding. The sheep have all but run for office. If aliens landed on earth tomorrow and chose New Zealand as their landing strip, I think they would greet the sheep with impressed glances and congratulate them on the domestication of the human. 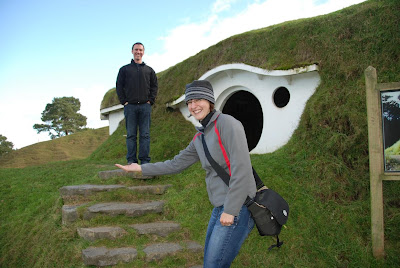 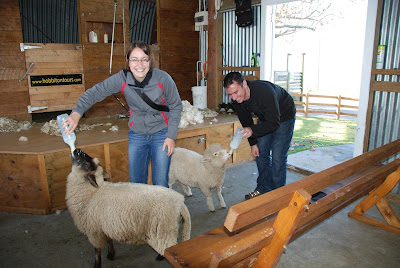 Feeding the lambs after the the private sheering demonstration we had.