Might have to put the training schedule on hold for a few days as a huge Outback dust storm sweeps its way across Australia's east coast.

It's like we're in a Nuclear winter here. There's a very strange, very surreal orange sky. Here's what the news has to say:

*All images from the Brisbane Times online.

Article clip from: The Australian
BRISBANE is a city beseiged, ringed by bushfires and cloaked in a tawny haze of dust, all kicked up by the desert winds that brought chaos to Sydney and NSW early this morning.

An eerie fog of dust blanketed the Queensland capital, reducing visibility to less than 100m, and bringing traffic to a standstill in places as motorists turned on their headlights and hoped for the best to nose through the surreal conditions. 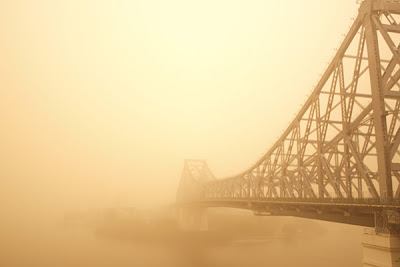 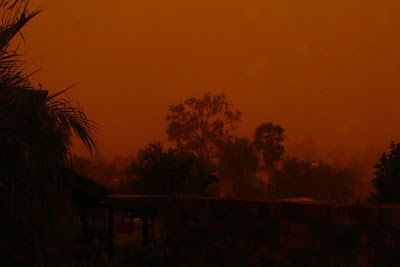 Photo from a suburb in South Brisbane.

BBC News Online, Sydney:
Australia's biggest city, Sydney, has been shrouded in red dust blown in by winds from the deserts of the outback.

Visibility is so bad that international flights have been diverted and harbour ferry traffic disrupted.

Emergency services reported a surge in calls from people suffering breathing problems. Children and the elderly have been told to stay indoors. 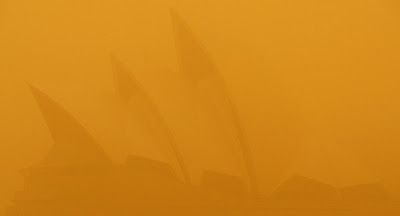 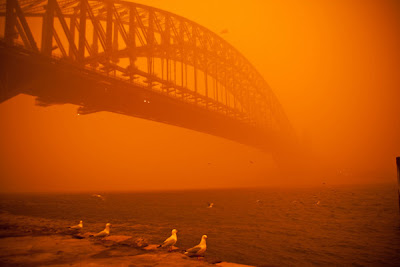 
(All images from the Brisbane Times online)